NutriFlor® is the mythical probiotic based on Lattobacillo Acidophilus DDS-1, in the patented and tested synergy with the Klamath seaweed and its AFA-phycocyanins. Recent studies have shown that the synergy of probiotic bacteria with Klamath and its phycocyanins enhances the vitality of such probiotics to make them practically “immortal”, significantly increasing their ability to eliminate pathogenic bacteria and fungi such as E. Coli, at the same time. Staphilococcus Aureus and Candida.
The requirements for a good probiotic.
There are those who try to make believe, with a purely commercial operation, that each section of the intestine has its own dedicated bacteria. The truth is that the bacterial flora of each individual is highly individual and extremely complex, and beyond transient bacteria such as Rhamnosus (also present in NutriFlor®) which have useful but, precisely, transient functions; the only sure thing is that there are two fundamental resident bacteria: the Lattobacillus Acidophilus, colonizer mainly of the small intestine and duodenum; and the Bifidobacteria, colonizers mainly of the colon. The real requirement of a good probiotic is therefore that it contains significant quantities of these strains, and above all that these strains are vital and truly capable of colonizing the intestine. These are the requirements for a good probiotic:
remarkable original vitality (the synergy with Klamath and AphaMax® makes them so vital to continue reproducing indefinitely);
good resistance over time, against transport, refrigeration etc. (also in this case, the synergy with Klamath and AphaMax® makes them much more resistant);
ability to adapt to the human organism, its temperature and its pH variations: the DDS-1 strain is a human autochthonous strain, and therefore it is intrinsically able to adapt to all these variations; and both DDS-1 and bifidobacteria are made so resistant by the synergy with Klamath and its phycocyanins, that they are also made already resistant to changes in temperature and pH;
once the probiotic has overcome the above challenges and has reached the intestine, it must be able to attach itself to the intestinal walls, colonize and cover the wall, and compete adequately with the resident pathogenic flora. All functions that the strains used in NutriFlor perform in an excellent way, above all because they are strengthened by the synergy with Klamath and AFA-phycocyanins. 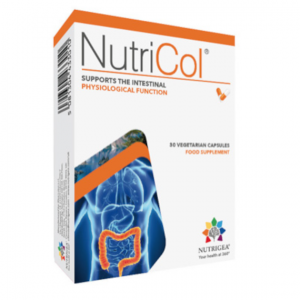 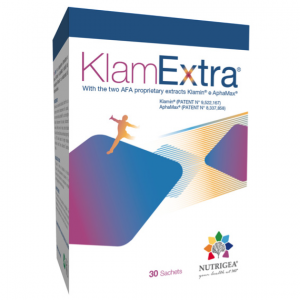